Shade nets, also called shading nets, are the latest type of special protective covering materials for agriculture, fishery, animal husbandry, wind protection, and soil cover, which have been promoted for more than 10 years. After summer coverage, it plays a role of blocking light, rain, moisture and cooling. After the winter and spring coverage, there is still a certain effect of heat preservation and humidification.
The sunshade net is mainly used in summer, especially in the south, where the promotion area is large. Some people have described it as: in the winter in the north, it is white (film-covered), and in the south in summer, it is black (covered with a sunshade net). Cultivation of vegetables using shade nets in the south in summer has become a major technical measure for disaster prevention and protection. Northern applications are also limited to summer vegetable seedlings. In summer (June-August), the shading net mainly plays a role in preventing the scorching sun, the impact of heavy rain, the danger of high temperature, and the spread of diseases and insect pests, especially it plays a very good role in preventing the migration of insect pests.
After covering in summer, it plays a role of blocking light, rain, moisture, and temperature. After covering in winter and spring, it also has a certain function of heat preservation and humidification.
Moisturizing principle: [1] After covering the sunshade net, because of the cooling and windproof effect, the communication speed between the air in the covered area and the outside world is reduced, and the relative humidity of the air is obviously further increased. At noon, the humidity increase is the largest, generally reaching 13-17% High humidity reduces soil evaporation and increases soil moisture.
The sunshade net is made of polyethylene (HDPE), high-density polyethylene, PE, PB, PVC, recycled materials, brand-new materials, polyethylene, etc. as raw materials. It has ultraviolet stabilizer and anti-oxidation treatment, and has strong tensile strength. Anti-aging, corrosion resistance, radiation resistance, light weight and so on. It is mainly used for the protective cultivation of crops such as vegetables, fragrant aunts, flowers, edible fungi, seedlings, medicinal materials, ginseng, and ganoderma, as well as aquatic poultry breeding, etc., which has obvious effects on increasing yield. 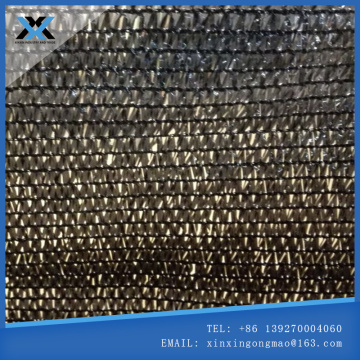 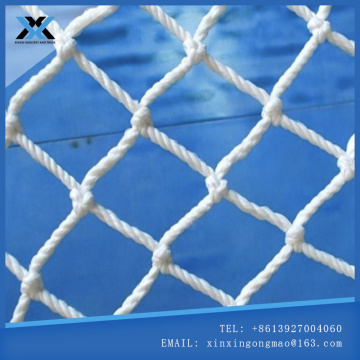